Spent Grain and its Potential

Water, hops, yeast, and barley: essential elements of beer. We talk nearly nonstop about hops here in the Pacific Northwest, and for good reason. The Yakima Valley growing region supplies 77% of America’s hops and exports two-thirds of their total product globally. But we tend to forget that the Northwest is also a fruitful agricultural center for barley. Washington state ranks fourth in the nation for total production, and the WSU Barley Breeding Program is an ongoing testament to a strong focus on development. Notably, wheat has also been bred at WSU for over a hundred years. It’s evident we have a strong local commitment to growing quality cereal grains. While only 4% of the barley grown here is destined for the malt house, the Washington Grain Commission estimates that most craft brewers use 3.4% more barley per pint than macro breweries. At 25 pounds (or more) dry malted grain needed per keg (that’s half a barrel; about 120 pints), this adds up quickly, especially for production craft breweries who might brew 20-90 barrels at a time, multiple times per week and/or day. After the mashing process, when all possible malt sugars are extracted and drained away, the hydrated malt is removed from the mash tun and disposed of in various ways. For obvious reasons, it can become extremely tedious and expensive to merely shovel this spent grain in the dumpster. Municipal waste retrieval has limits, even for large food and beverage production companies. And more importantly, spent grain still has value in other uses.

Pilsner malt is one of most utilized malts in brewing around the world. Beyond the vast array of pilsner-style macro-produced lagers, it’s commonly used in a variety of craft styles by micro and specialty breweries in the US. Many Belgian, French, German and Eastern European styles rely heavily upon pilsner malt as well. Considered a base malt for its ability to act  independently during the mash process, converting starch to fermentable sugar, it stands apart from other base pale malts in flavor, color and history.

Ingredients in the Mix: Coffee, Please 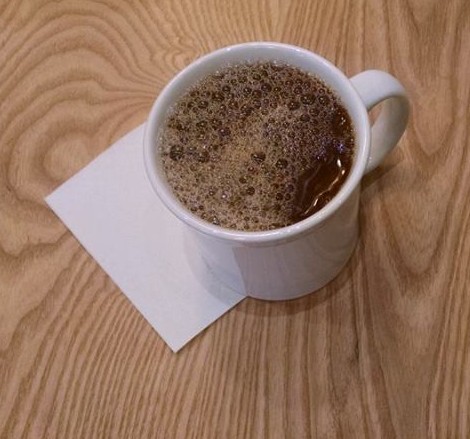 Here in Seattle coffee is gloriously inescapable. Whatever kind of java experience you want, we’ll supply. Prefer your coffee in plastic cup loaded with caramel and whipped cream? Starbucks has you covered, at any of the 104 (yes, 104!) stores within its home turf city limits. Hoping for coffee served in a wine glass on a tasting board? Slate Coffee Roasters will be happy to provide. You might even be able to watch (and deeply inhale) an artisan roasting operation happening just beyond the espresso machine at places like tiny Hart Coffee Company in the sleepy Bryant neighborhood. Many coffee shops here also now serve (mostly local) beer and wine, presenting a fantastic variety of consumable options for whatever social or study needs you might have.

Salty, spiced, and sour: you may have heard the hubbub of conjecturing beer writers labeling Gose-style ales the next new trend in craft brewing, or maybe you’ve seen a few on tap nearby in the last year. Where did this seemingly unknown style come from, and why has it been picked up by craft breweries? To find the answers, we’ve got to go back, way back‒1000 years, in fact.

Hi! I’m Fawn, writer, photographer, editor, content developer, marketer, and general creative human. This is where I share stories and features centered around three of my favorite topics: food, fermentation, and foraging.

I live in the beautiful Pacific Northwest, where we have no shortage of farms, hops, breweries, wineries, distilleries, and mountains and waters brimming with wild plants and animals. I hope to share my experience of this amazing place with you!